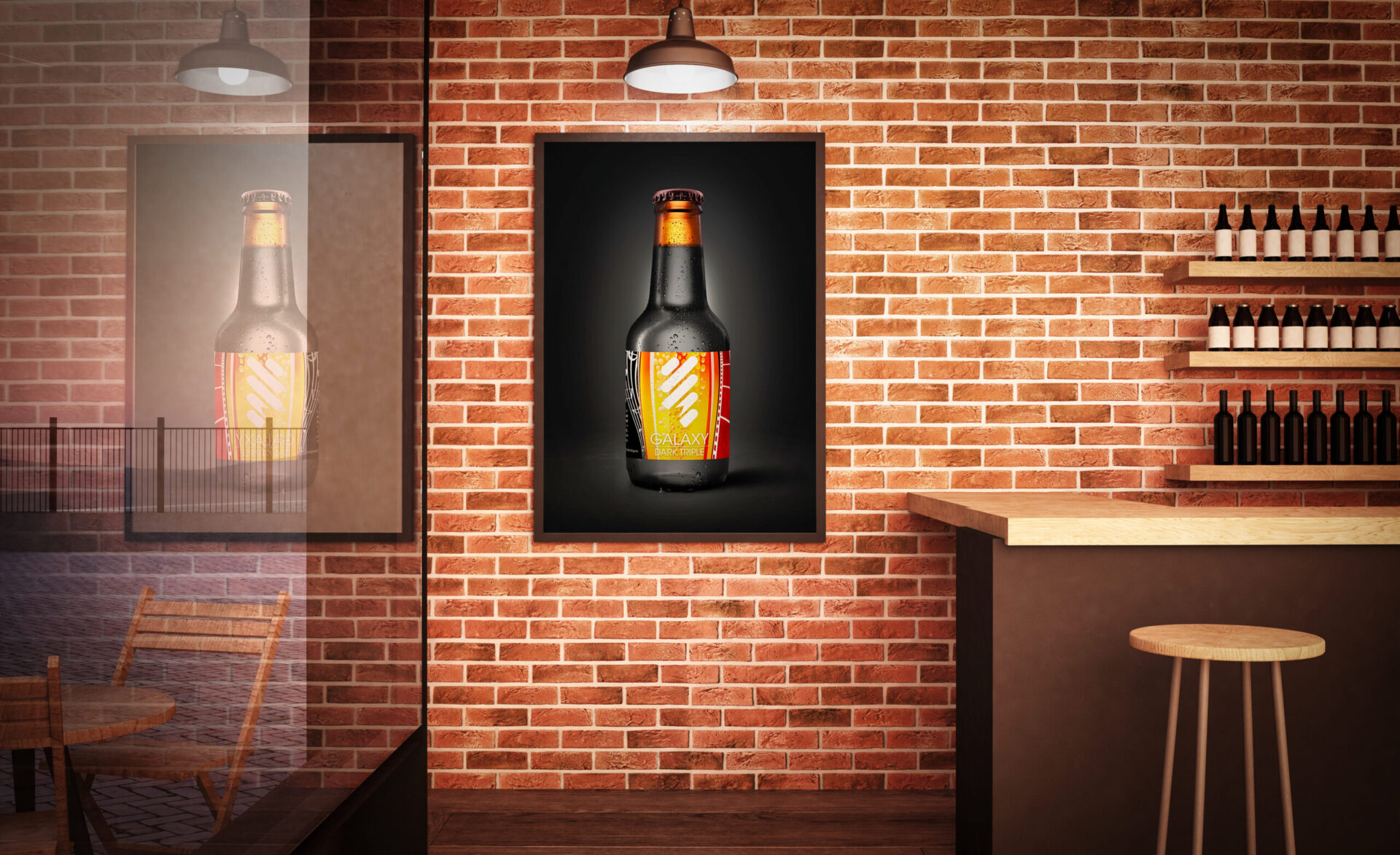 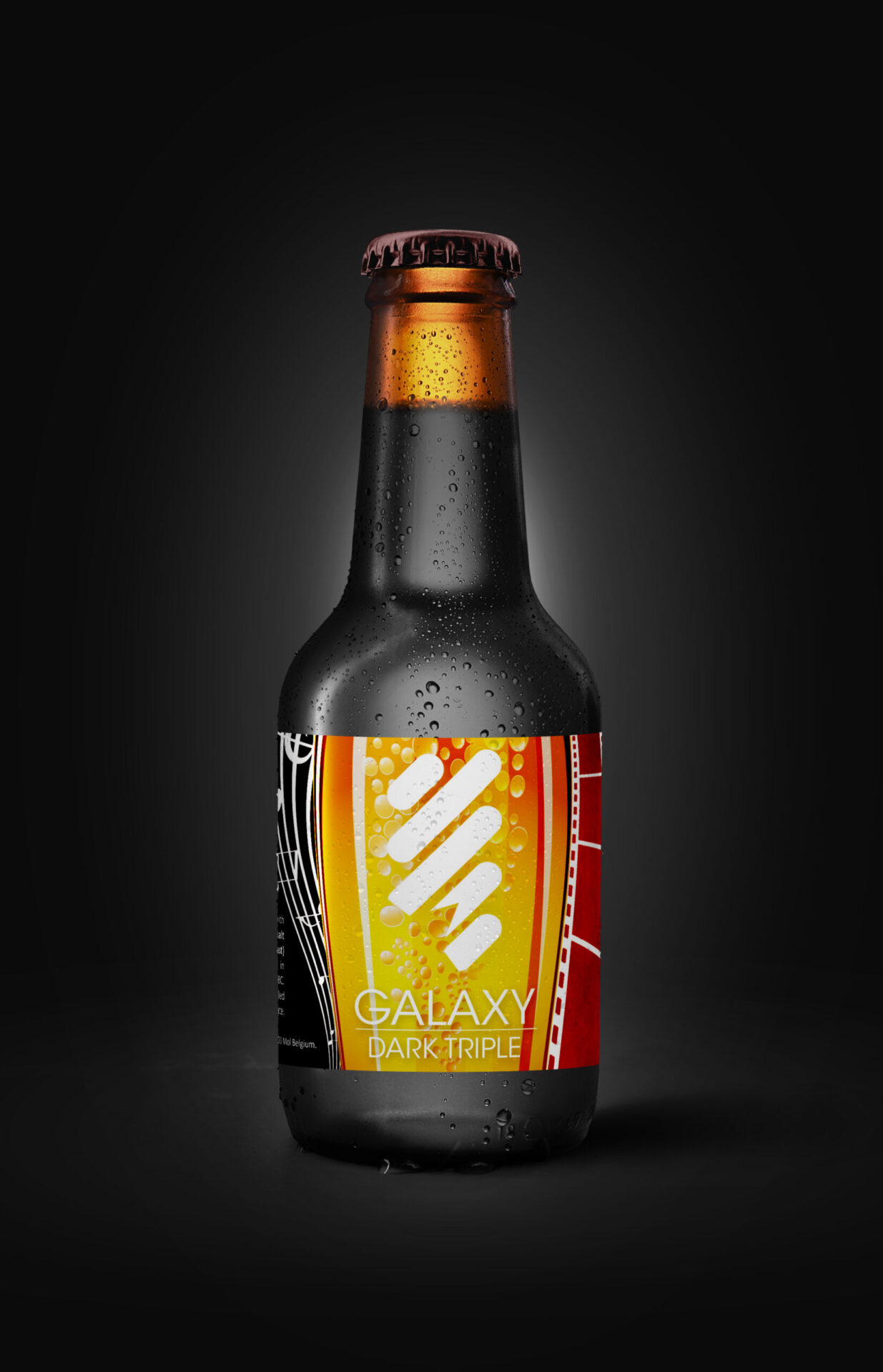 The management team of Galaxy Studios was looking for an original corporate gift to give to their clients at the end of every successful project. It needed to be a gift that marked the end of an inspiring time in the studio and it needed to be something that made sure they wouldn’t forget the company easily.

The perfect idea presented itself when I read a news article that announced that the Belgium beer culture would be added to the UNESCO cultural heritage list. Because Galaxy Studios had its own bar within the walls of the facility, I thought it would be a great idea to investigate the possibility of a specially designed studio beer.

I contacted various breweries within the region and asked them for the possibility to brew a special ‘Galaxy Beer’. A lot of the breweries stood open for the idea and I collected various samples for the management to taste. After some extensive tasting sessions, the choice fell on a special beer brewed by Brewery Pirlot in Zandhoven, Belgium.

While the brewing process was already underway, I was in charge of designing the label. It needed to embody both music and motion picture, and it needed to display the Belgium culture in all its glory. I used the colours of the Belgium flag and took the yellow to display as a beer glass on the label. Then I added a music staff and a motion picture film negative to embody everything the studio stood for. The management team was very happy with the result.

The beer has become an enormous success. All clients that visit Galaxy Studios ask for the famous Galaxy Beer and post pictures of it on their social channels. Some clients even asked for the possibility to brew their own beer via Galaxy Studios. It was the very first special studio beer on the market, but other music studios across the globe have embraced the idea and started to brew their own beer as well, a huge compliment for me, as the initiator of this project.