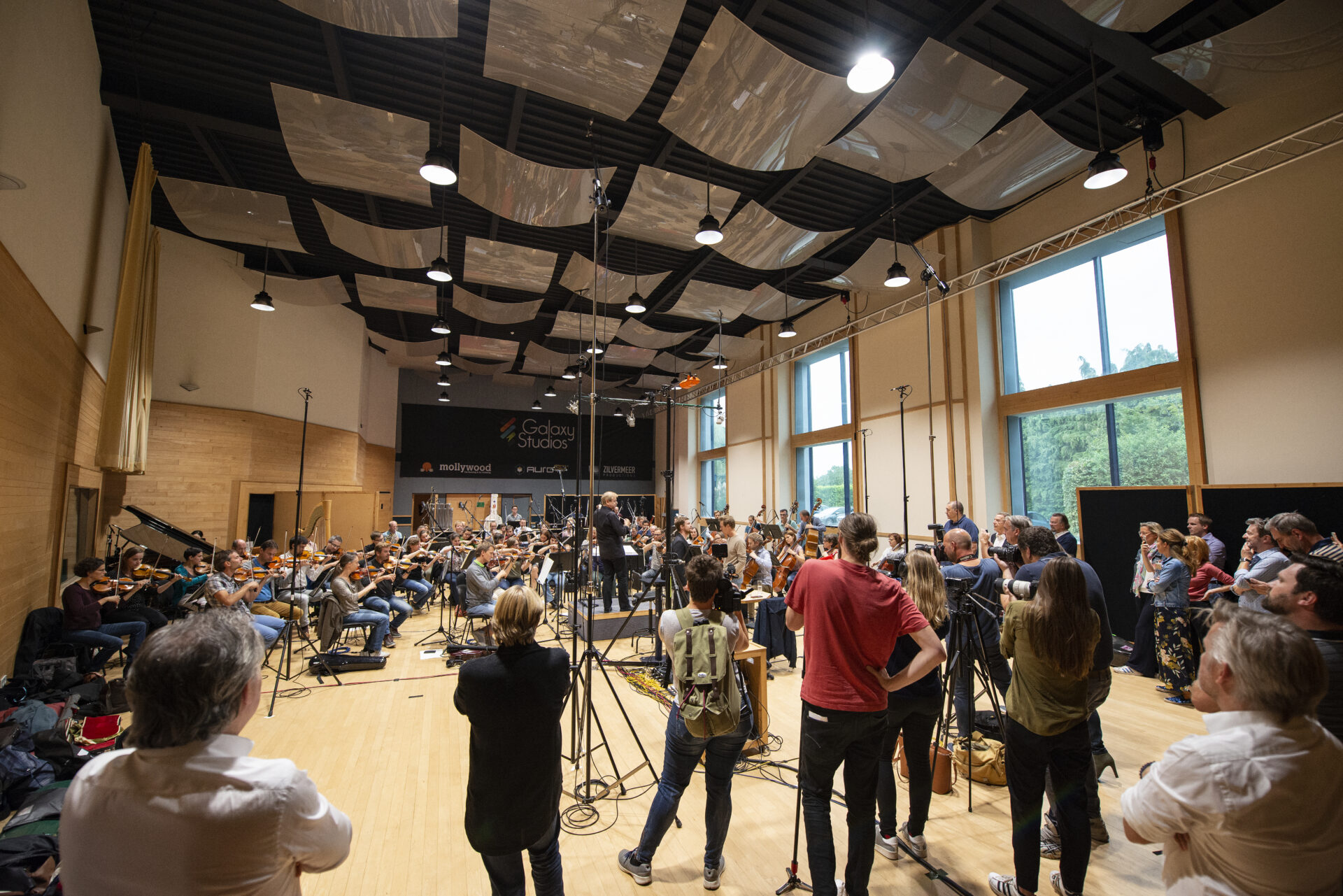 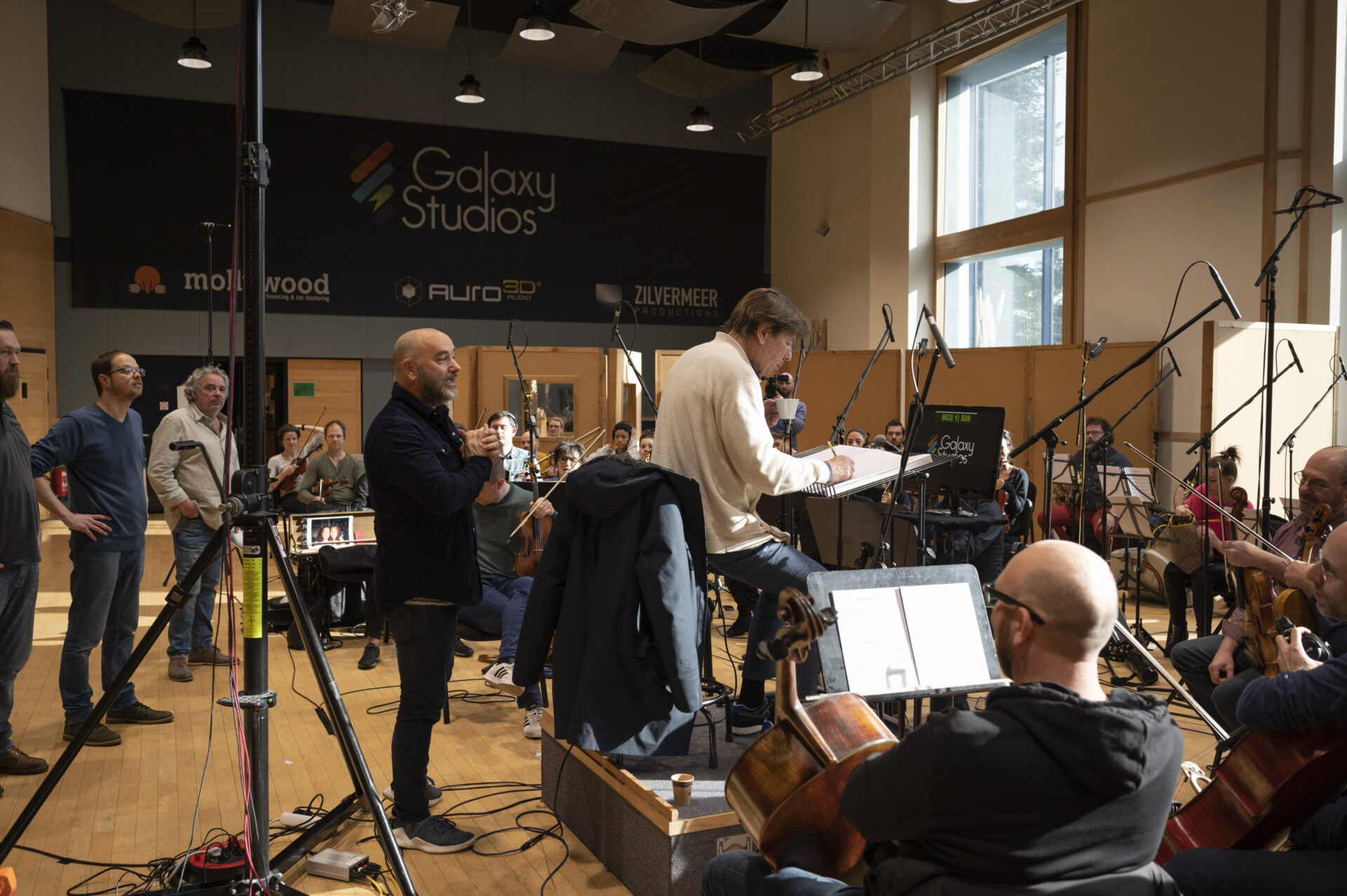 One of the most important rooms within the Galaxy Studios facility is the Galaxy Hall. This 330 m2 near-perfect recording studio has been used by numerous artists such as Rammstein, Scorpians, Clint Mansell and Ilse DeLange to record their art. The room has been featured within many artist pictures and a dozen of video clips, and all of this time there wasn’t any clear recognition that identified to where this glorious space was located…

I took matters into my own hands and convinced the management of the studio to give me a small budget to raise the brand awareness of Galaxy Studios. I wanted to create a huge banner for the Galaxy Hall, that would instantly display where this amazing recording studio was located.

The banner needed to be big, and there was only one wall that was large enough to display the logo of Galaxy Studios prominently within almost every picture that was shot within the room. The problem with this wall was that it also contained the air ventilation system, and this couldn’t be blocked for obvious reasons. That’s why I came up with the idea to use a giant flag instead of a solid material for the banner.

The designing process was done very quickly and featured the logos of the companies that are within the Galaxy Studios Group. Finding a way to print a custom flag of 10 meters was something else. After a while, I found a company that was able to do it and within two weeks the flag arrived at the facility.