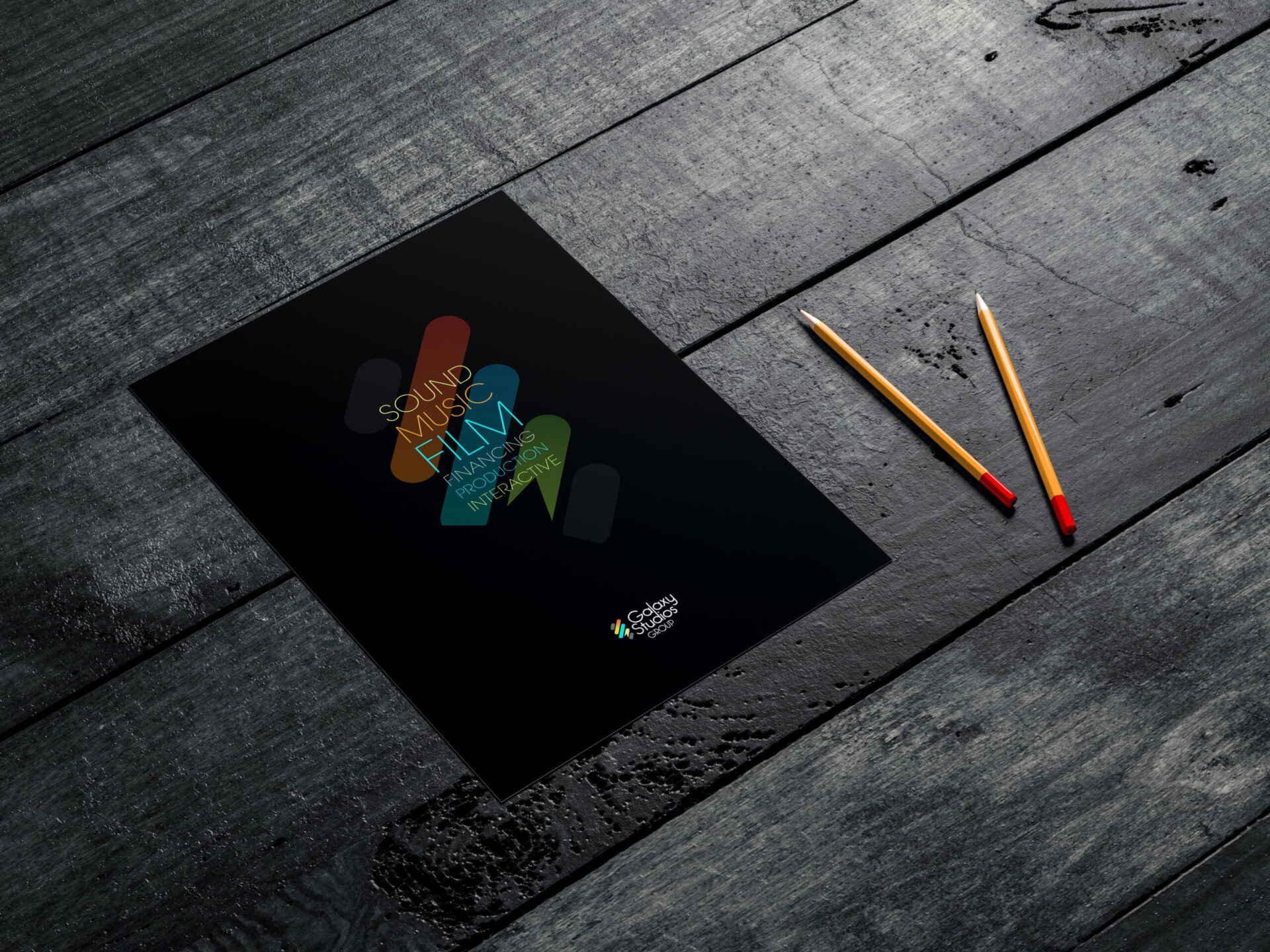 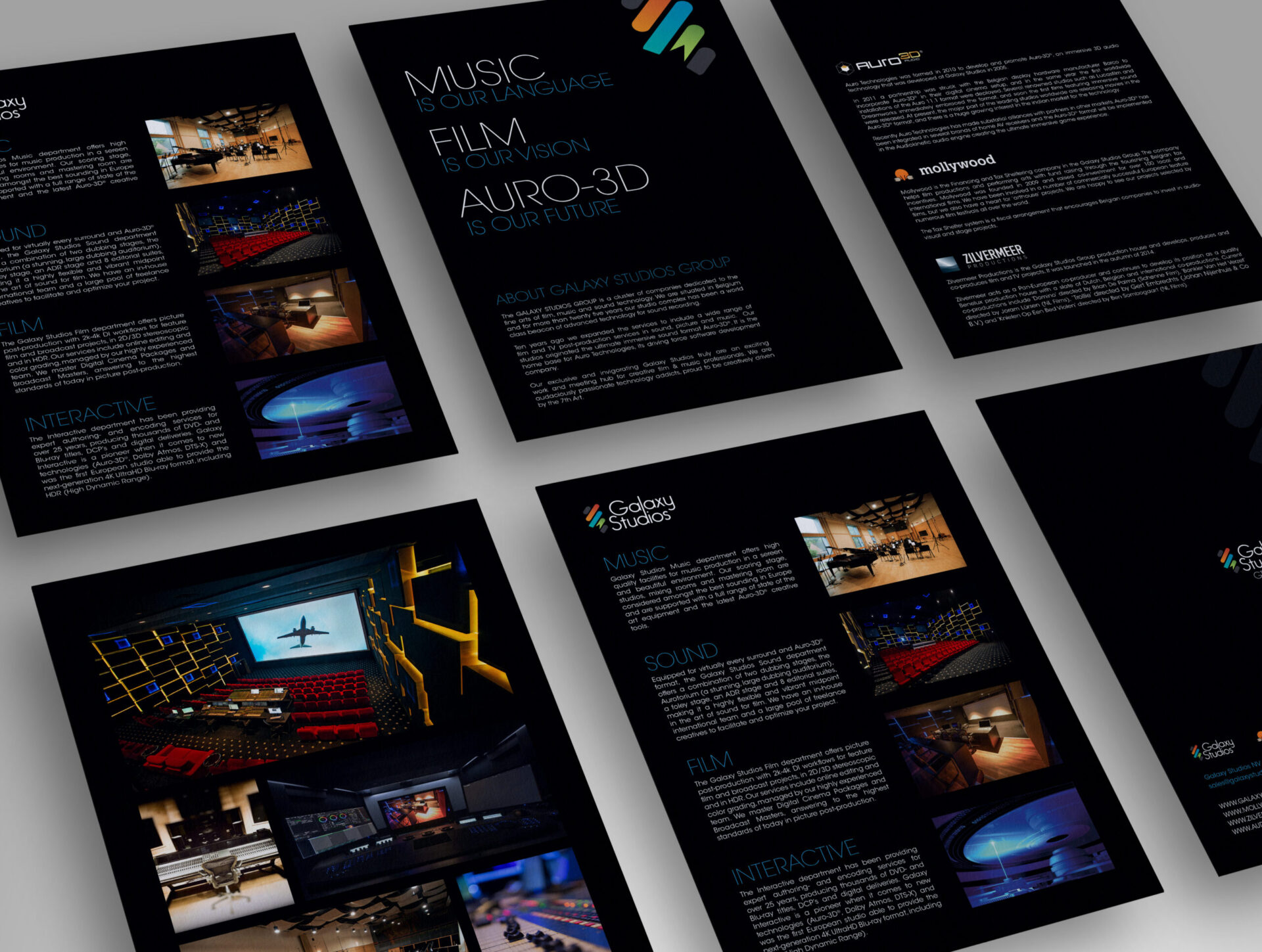 Galaxy Studios had been using the same folder for almost 8 years and because the company had grown their services to motion picture production and DVD/Blu Ray authoring it was time for an update.

The management of the studio didn’t want to change the original design of 8 years ago, and so it was my task to find a creative way to implement the new information in a design that was already created a long time ago.

Within the archives of the studio, there wasn’t any trace from the original Indesign files, and so I started to rebuild everything from scratch while also implementing the new information that needed to be added. Because the old folder was only available in print form, I decided to make both an RGB and CMYK version of the new folder so that it could be distributed in both print and digital form. I also added hyperlinks to the digital version to make it easier for people to find more information about a topic on the website of Galaxy Studios.

The result was a beautiful folder that hopefully will last another 8 years before it needs to be updated.