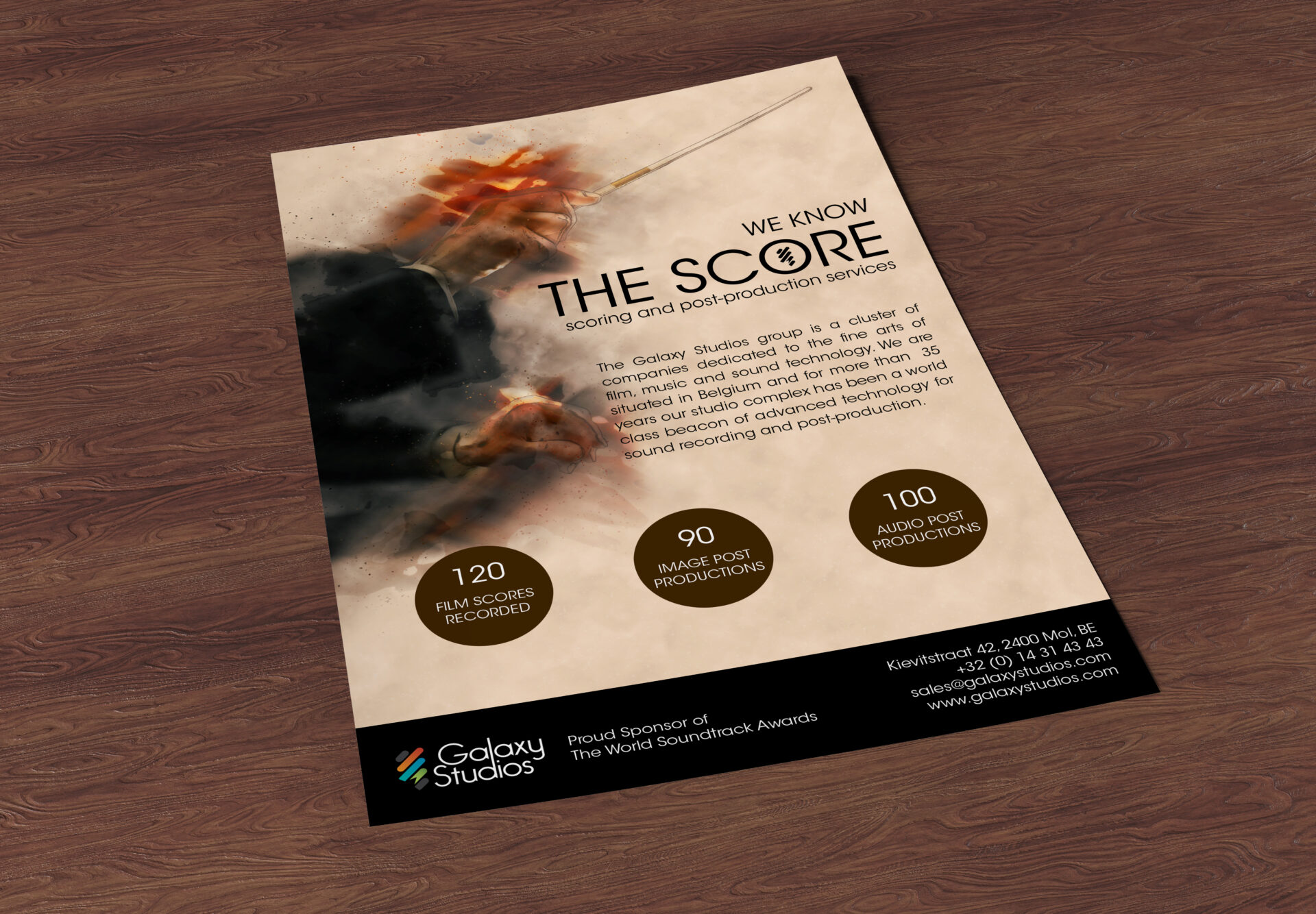 WE KNOW THE SCORE

The World Soundtrack Awards is an annual award show that puts the spotlight on the art of motion picture music. Hans Zimmer, John Williams, Howard Shore, Alexander Desplat and many more famous motion picture composers from around the world visited this event through the years and every year they record a special WSA album that honour the work of a special guest.

Galaxy Studios has sponsored many editions of the WSA award show over the years with special contributions to the industry days and by facilitating the recording of the special WSA album. In return, the company received the opportunities to network with some of the greatest composers of our time and received a full-page advertisement in the special Film Fest Gent magazine that is distributed during the World Soundtrack Awards gala.

Grabbing the attention of creative minds can be a tough challenge. This group of individuals aren’t persuaded with simple messages about why your product or service is the greatest out there. Instead, they want something that triggers their imagination and curiosity, just like art does.

This is the reason why I came up with the slogan ‘We know the Score’, which both conveys that we know what we are doing and makes use of the word ‘Score’ as a reference to the work of motion picture composers, which is named ‘the motion picture score’. This in combination with an artistic graphic of a conductor with his baton proved to be something that stood out in comparison to the competition and Galaxy Studios received a lot of positive responses from composers, agents and producers which later on turned into valuable business opportunities.